Georgette Toews relocated to the Eastern Shore after a 30 year career in the United States Air Force. Upon retiring she began exploring various artistic endeavors such as painting and fiber art. She has had her art and hand knit items on display in both Maryland and New Mexico and has won numerous awards at venues throughout the Eastern Shore. Her work is inspired by the beauty of the Eastern Shore and rural landscapes. She is a member of Kent Island Federation of Arts (President 2006-2007), Chestertown RiverArts, Easton Academy of Art and is Vice President of the Working Artists Forum. 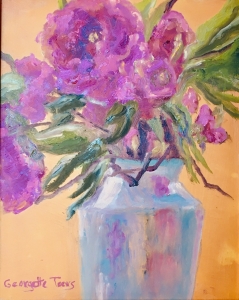 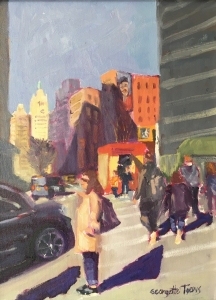